You are here: Home » Blog » Geomechanics Around the World – Series 2

Geomechanics Around the World – Series 2

High Pressure High Temperature (HPHT) wells pose special geomechanical challenges when compared to conventional wells, and even more so in High Angle HPHT (HA-HPHT) wells (Figure 1). These challenges are significant as HPHT wells are usually located in offshore and deepwater environments. Unanticipated incidents can drive the cost of the well significantly higher, result in abandonment of the well, or be the cause of a significant environmental incident. The deeper the water, the more difficult these issues can become.

Formations with HPHT conditions exist in several regions, including the Gulf of Mexico (GOM), the North Sea, South East Asia, Africa, offshore China and the Middle East. A notable onshore HPHT shale play in North America is the Haynesville, but the majority of North American HPHT plays are found in the GOM. The definition of HPHT may widen in some of these regions. In the UK, wells with required blowout preventer (BOP) ratings in excess of 10,000 psi and pore pressure of at least 0.8 psi/ft. may be qualified as HPHT. In the North Sea, some reservoirs with temperatures from 250oF are also considered HPHT. In other words, if any of these conditions are met, the wells can be defined as HPHT. 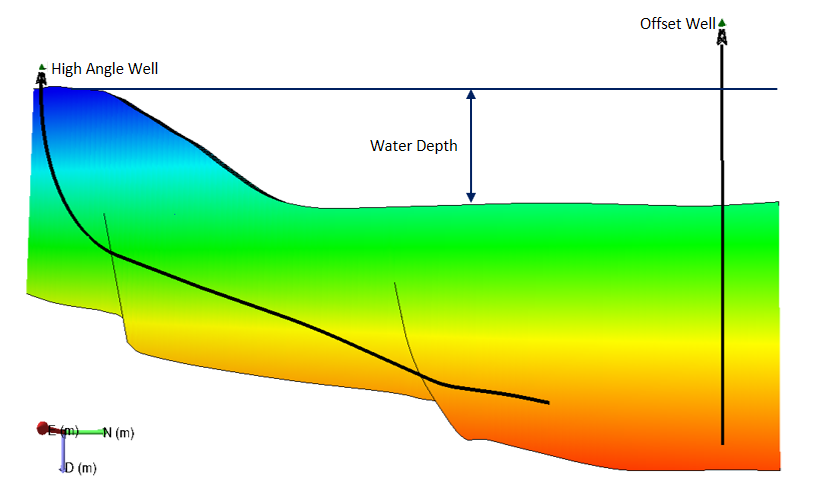 Figure 1 shows a cross-section of an example HA well and a vertical offset well.

The high reservoir temperature or pressure in these environments introduce inherent risks which present challenges not usually faced in designing or updating geomechanical models for standard wells. With improved understanding of the challenges specific to HPHT environments, wells can be designed to minimize instability during the drilling phase. These challenges include:

The suitability and accuracy of most formation evaluation tools decrease as they approach reservoir temperatures above their rating. For example, few wireline tools function or provide reliable data above 425oF. Though battery technology in MWD/LWD tools functions up to 400oF, the tools are only consistently reliable up to 275oF with reliability significantly decreasing as temperatures approach 350oF. These limitations extend to borehole imaging tools, which are used to identify key geomechanical features, such as breakouts and drilling-induced tensile fractures. Other issues affecting the data quality include calibration shift issues, tool vibration, slow real-time telemetry, tool failure, and multiple tripping of the evaluation tool.

Low data density or accuracy reduces the reliability, and increases the uncertainty, of the resulting pre-drill and real-time geomechanical models. The more accurate the geomechanical studies are, the higher the likelihood of a successful drilling operation.

A narrow mud weight (MW) window between pore pressure and fracture pressure often prevails in the HPHT sections of a well. To prevent excessive borehole collapse or fracturing of the formation, the mud pressure is typically maintained with marginal overbalance against the formation. However, maintaining this narrow mud window can be quite difficult. Consequently, the wellbore stability modeling challenges and control issues that exist in HPHT environments include:

Changes in the mud system in the wellbore during drilling can introduce real problems or in frequent cases, signals which are misleading, resulting in unnecessary well control procedures when inflow or lost circulation is mistakenly interpreted. Hence, careful evaluation of these risks during planning as well as monitoring and early detection through monitoring during drilling is essential for a successful operation.

Figure 2 from Bowers (1995), shows examples of using the Bowers’ Method, developed specifically to take fluid expansion into account, to determine pore pressure in deepwater Gulf of Mexico (a & b) and the Central North Sea (c & d).

HA-HPHT wells are wells that are drilled with 45o+ inclination in a HPHT environment. Drilling in these conditions introduces the following concerns, especially during extended reach drilling:

One of the most dominant geomechanics concerns in HPHT field development is the lack of properly trained and experienced staff to run the vast portfolio of global HPHT projects. Participating staff must perform extensive research on the HPHT region, review offset wells, develop robust well designs, establish procedures, and train the drilling crew as well as monitor and update the drilling operation in real-time.

With companies currently bleeding experienced geomechanics experts during the downturn, and given the incomplete “great crew change” from previous downturns, this situation becomes even more precarious.

How Does HXR Mitigate These Geomechanics Issues?

Being prepared and proactive is better than being reactive in meeting the geomechanical challenges in HPHT well development. Therefore, the following practices and integrated approach can be applied to overcome challenges in HPHT drilling operations.

Being prepared starts by carefully developing a pre-drill geomechanical and wellbore stability model. This is done by studying the regional challenges, reviewing offset well drilling experiences and log data and incorporating available laboratory test and research data in the region to develop a representative geomechanical model comprised of the pore pressure, stress orientation and magnitudes as well as the rock properties. The pore pressure modeling techniques should extend beyond fluid retention technique to employ fluid expansion and redistribution techniques, and also investigate temperature effects on wellbore stability. There should also be collaboration with the drilling fluid providers to study the effect of the high temperature and pressure on the mud density and rheological properties. This representative model derived from offset wells and regional data is used to predict the geomechanical model for future wells that is then applied to calculate safe mud weights and casing depths as well as quantify the potential risk and uncertainties that exist. The geomechanical model should be updated during/after every well drilled.

Once the pre-drill geomechanical model is completed by the Geomechanics Specialists and peer-reviewed in-house as well as by experts from the client company, Drilling Engineers or Extended Reach Drilling (ERD) Specialists provide a well design & feasibility study, which incorporates the findings of the geomechanics study and accurately models and predicts expected T&D, hydraulics and swab/surge loading considering the geomechanical recommendations. The study identifies rig equipment needs, tools and techniques required for specific formations that have wellbore stability issues, and options for the client drilling team in case some of the study requirements are not available or not adopted by the team. Required MW’s, flow rates, and mud rheology are also determined from the well design & feasibility study. Most importantly, the study provides a “roadmap” for expected loads, and can then be updated at the rigsite by the Drilling or ERD Specialists. These specialists will also graph and compare actual – vs – planned loads, alert the drilling team to any variation from the plan, and provide not only explanations as to why things are changing, but what the team can do about it.

It is essential that all participating crew are trained in advance by highly experienced hands to understand the challenges of HPHT conditions prior to start of drilling. This includes a formal training course on HA and ERD, as well as specialized geomechanics training with modules, tailored to the specific wells or field to be developed and highlighting the geomechanics issues expected on the upcoming well. These pre-spud training classes are crucial, in that it they go through possible problems, their causes and solutions, as well as techniques to be followed by the crew to mitigate these issues.

Fingerprinting must be carried out by the rig crew. When drilling in a HPHT environment, there can be many misleading signals of influx from the well when compared to a conventional well. The essence of fingerprinting is to be able to quickly and correctly identify an actual influx. This is done by comparing real-time data to the previously recorded or fingerprinted data to recognize the dynamic behavior of the well even when no influx is recorded. Some of the data recorded for fingerprinting includes flow checking, flow back volume, mud compression, swab/surge pressure “trip sheet”, and connection times, to name a few. For example, by monitoring the mud volume, being aware that mud expands, contracts or can be compressed and also that the diameter of the hole or casing increases or decreases, one can distinguish thermal driven fingerprints from an actual kick.

Real-time monitoring crews are ideally deployed to the rigsite, with office support, to perform dynamic modeling and to update the reservoir pressure, fracture pressure and wellbore stability models. These geomechanics crews, in addition to Drilling Specialists, can also monitor the ECD, participate in fingerprinting and aid the drilling team in using the real-time updates to the geomechanical model to recalculate various drilling parameters, such as kick tolerance.

Other drilling practices that can be employed to minimize geomechanics concerns include:

Drilling in HPHT environments, especially HA wells, is both challenging and expensive, and it is critical that an integrated approach be utilized. Bringing together ERD/Complex well engineering and techniques with pre-drill geomechanics studies and real-time monitoring, significantly helps to drill safer and more successful wells with minimal non-productive time (NPT) and unanticipated costs.