You are here: Home » Blog » Meet the Team

With our team of experienced staff Geomechanics Advisors, Pool Consultants and industry partners, HXR is ready to handle any pore pressure prediction or wellbore stability project at any time. Globally. Please allow us to introduce you to our geomechanics team! 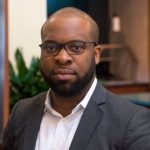 Ekene Okoye: Ekene is a Geomechanics Advisor at HXR Drilling Services. He has over 12 years’ experience in geomechanics, drilling and production engineering. Ekene has expertise in 1D and 3D geomechanical modeling and analysis, as well as 4D finite element modeling application to oil and gas which include Pore pressure prediction, wellbore stability, fracture stability analysis and compaction. He has helped operators with software solutions to drill safer, more cost-effective wells and plan field development by reducing non-productive time (NPT) due to wellbore instability and improving production. His other expertise includes deepwater drilling and completion engineering, production engineering and unconventional reservoirs. Prior to joining HXR, Ekene was a Geomechanics Consultant at Baker Hughes from 2012 to 2016 and was previously a Drilling and Completions Engineer at Petrobras. Ekene earned a Master of Science in Petroleum Engineering from the University of Oklahoma at Norman and a Bachelor of Science in Petroleum Engineering from the Federal University of Technology, Owerri. 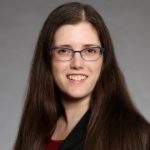 Julie Kowan: Julie is a Geomechanics Advisor at HXR Drilling Services. Julie has over 11 years’ experience helping operators drill safer, more cost-effective wells and plan field development by reducing non-productive time (NPT) due to wellbore instability and improving production. Julie has expertise in pore pressure prediction, stress constraint, wellbore stability, unconventional reservoirs, fracture permeability and compaction. Prior to joining HXR, Julie was a Geomechanics Advisor at Baker Hughes from 2009 to 2016. Before being promoted to Advisor, she held several other technical geomechanics positions at Baker Hughes and GeoMechanics International from 2005 to 2009. Julie earned a Master of Science in Geology from Brown University and a Bachelor of Science in Geology from Rutgers University. She currently serves as the Secretary of the Boston Chapter of the SPWLA. 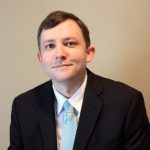 Clayton Knight: Clayton is a Geomechanics Advisor at HXR Drilling Services. Clayton is a formally trained petrophysicist with specialized skills in pore pressure prediction and geomechanics with over 9 years’ industry experience. He has extensive international experience in varied geological settings and a proven track record in the Permian Basin, Gulf of Mexico (shelf & deepwater), North Sea, offshore China (shelf & deepwater), offshore India (deepwater Bay of Bengal), Kurdish Iraq, Caspian Sea, offshore West Africa (Liberia, Ghana, Nigeria & Angola), offshore Brazil, onshore Argentina (Neuquen Basin), and onshore Mexico. Clayton has prior Operator and Service company experience, with a strong focus on field work and drilling operations. Prior to joining HXR, Clayton was an Operations Petrophysicist at Chevron from 2014 to 2016 and a Pore Pressure Specialist at Chevron from 2012 to 2014. He also held Geomechanics Consultant and Mud Engineer positions with Halliburton from 2007 to 2012. Clayton earned a Bachelor of Science in Environmental Studies from the College of Geosciences – Texas A&M University – College Station. 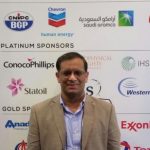 Imran Chaudhary: Imran is a Geomechanics Advisor with HXR Drilling Services. Imran has over 13 years of industry experience with specializes in Geology & Geophysics (G&G) operations and reservoir characterization. He is effective in complex wells planning & execution, uncertainty management planning, subsurface hazards interpretation, pore pressure, fracture gradient (PPFG) and wellbore stability modeling with real-time surveillance. He was the leading G&G operations geoscientist for GOM discoveries and major capital projects with Chevron. He is proficient in AVO and Inversion analysis for conventional and unconventional resources, 2/3D seismic acquisition/processing and G&G application support, with multi-lingual skills in English, French and Urdu. Prior to joining HXR, Imran was a Pore Pressure & Geohazards Specialist at Chevron from 2011 to 2016. He also held positions at WesternGeco / Schlumberger, Tricon Geophysics Inc., Terra Seis International Inc. and United Oil & Gas Consulting with broader experience in Middle East, Europe and North America. Imran earned Master of Science degrees in Geophysics from the University of Lausanne and in Applied Geology from the University of Punjab and his Bachelor of Science in Applied Geology from the University of Punjab. 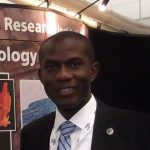 Segun Adeniyi: Segun is a Geomechanics Advisor with HXR Drilling Services. Segun has over 10 years of technical and real-time experience, resolving geological and drilling complexities from onshore to deepwater operations and has provided skillful insight from his wealth of experience to reduce non-productive time (NPT), increase safety and optimize well operations. Segun has expertise in pre-drill and real-time pore pressure, fracture gradient and wellbore stability (PPFG/WBS) prediction. He has modeling experience in the Gulf of Mexico, South America, the North Sea, West Africa and the United Arab Emirates. Prior to joining HXR Drilling Services, Segun worked for BP America as a PPFG/WBS Specialist, as well as for Baker Hughes, LukOil and ExxonMobil. He earned his Master of Science in Geology from the University of Houston and his Bachelor of Science in Geology from University of Ilorin. 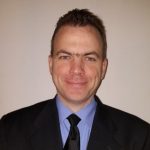 Scott Reid: Scott is a Geomechanics Advisor with HXR Drilling Service. Scott has 11 years of industry experience and has particular expertise in geomechanics, pre-drill and real-time pore pressure and fracture gradient (PPFG) prediction. Scott also has a proven record of meeting project deadlines and enforcing strict safety regulations. Prior to joining HXR, Scott was a Remote Pore Pressure and Wellbore Stability Engineer at Baker Hughes from 2011 to 2016 and as a Surface Logging Systems Operator at Baker Hughes from 2005 to 2011. Prior to joining the oil and gas industry, Scott was a Harris County Patrol Deputy and an Electronic Warfare Technician in the United States Air Force. He is currently working on his Bachelor of Science in Business Administration at Texas A&M University Commerce.

Katharine (Burgdorff) Tyler: Katharine is a project leader and advisor specializing in wellbore image analysis, pore pressure prediction, fractured reservoir characterization, wellbore stability and sand production prediction. She started with Geomechanics International (GMI) in 2002 which became part of RDS (Reservoir Development Services) at Baker Hughes in 2008. During her previous roles at GMI and RDS, Katharine was involved with GMI•Imager™ and GMI•MohrFracs™ software development and training. She also helped to develop and teach a new tutorial-based GMI•SFIB™ course and has experience using Techlog to develop natural fracture and fluid flow analysis deliverables and to process image logs. She worked for the Asia Pacific region starting in 2004 and was the Geomechanics Team Lead for the Asia Pacific group before moving back to the U.S. in June 2009. After continuing to consult for the RDS Asia Pacific group remotely she joined the North America consulting group in March 2014. She holds a B.A. in Geology from Middlebury College and was part of research teams involved in sediment coring in the Southern Ocean off Antarctica as well as in the North Atlantic.

Reza Rahimi: Reza is an experienced and knowledgeable geomechanics advisor and drilling engineer with 7+ years’ experience. His skills include geomechanical modeling, wellbore stability analysis, wellbore integrity analysis, rock mechanical testing, fluid-rock interaction analysis and geomechanical analysis of CO2 sequestration. Reza completed his Ph.D. in Petroleum Engineering at the Missouri University of Science & Technology in August, 2016. Prior to beginning his Ph.D. work, he was a Well Site Drilling Engineer at PPL Ltd and a Drilling Engineer at MAPSA Co. and PETROPARS Oil & Gas Institute, PPL Ltd. Reza holds a Bachelor of Science degree in Petroleum Engineering from the Petroleum University of Technology.

Pedro Matta: Pedro is a Mechanical Engineer with expertise in well planning, geomechanics and real-time operations. Pedro has over 5 years of experience working with multiple operators to supplement their capabilities by providing insight, rendering opinions, optimizing project development and client workflows using industry best practices. Pedro is skilled in pore pressure prediction, wellbore stability, drilling engineering design, casing design, torque & drag analysis and hydraulics and surge & swab analysis. Pedro was a Drilling Consultant at Halliburton in Houston from 2014 to 2015, working with operators like Shell and Chevron. Prior to his role in Houston, Pedro was a Geomechanics Consultant at Halliburton in Brazil from 2010 to 2014, working with operators like Petrobras, Eni, Anadarko and PetroRio. Pedro earned a Bachelor of Science in Mechanical Engineering from Rio de Janeiro University.

Martin Traugott: Dr. Traugott has more than thirty years of experience at Shell, Amoco and BP in pore pressure analysis and seal evaluation in geologic basins worldwide and ten-plus years as an independent researcher, consultant, and lecturer. Dr. Traugott has several major accomplishments of the course of his career. He developed the centroid concept for pore pressure and seal evaluation in large over pressured structures. Application of the centroid concept has led to significant results in drilling safety and exploration prospecting. He developed and wrote Presgraf and P3 – software for seismic-derived and log-derived pore pressure analysis. Presgraf is a BP product now marketed by Landmark. Dr. Traugott also co-developed DeepwaterPro for HXR Drilling Services, where he currently serves as a part-time Senior Technical Advisor. Dr. Traugott earned his Ph.D. in Geology from the Durham University (UK). He also holds a M.S. degree in Mining Engineering from the University of Idaho and a B.S. degree in Electrical Engineering from the University of Kentucky.

Michael McLean: Dr. McLean has 25+ years’ experience in areas of geomechanics, fracture gradient analysis, shallow water flow analysis, pore pressure prediction and prognosis and fluid substitution, having had a number of papers in these areas including the best paper at the Society of Petrophysicists and Well Log Analysts meeting in 2001. Dr. McLean was also a SPA Forum Committee Member for Drilling Fluids Optimization for Hole Stability. He spent over 20 years in various technical and leadership positions at BP in locations across the globe. Dr. McLean earned his Ph.D. from Imperial College London with a thesis entitled “Wellbore Stability Analysis”. He also holds a M.S. degree in Rock Mechanics from Imperial College London and a B.S. (1st Class) in Civil Engineering from Univ